“This is much more than a single stream carrying its waters from source to mouth. It is instead an intricate collection of channels and lakes, bays and marshes, rapids and falls” – Toni Harting – French River: Canoeing the River of the Stick Wavers. 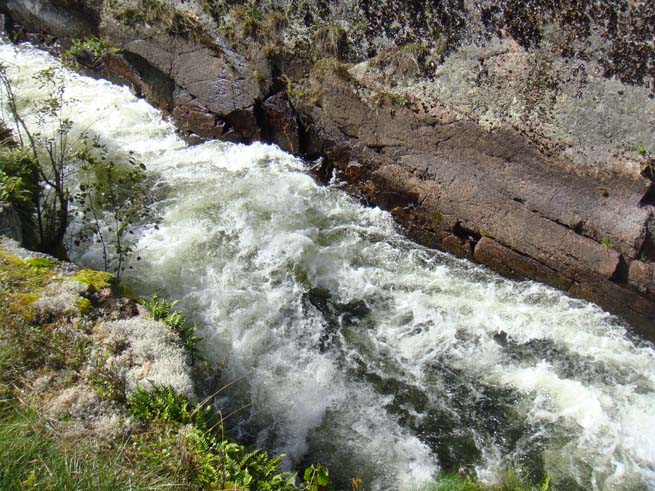 The French river is made up of a group of water-filled geological fault lines, running in a general east-west direction but intersected by other cuts and cracks. What results is a complex pool-and-drop system of waterways. Long, narrow flat-water lakes are connected by constrictions and current-carrying water as it drops from one level to the next.

The natural features of this area are representative of the central Ontario section of the Canadian Shield. The Canadian Shield is characterised by some of the oldest bedrock on the planet (3.9 billion years old) being exposed on the surface of what is, by contrast, one of the youngest landscapes on Earth.

The French River itself is also very young. At the height of the last ice age, the Canadian Shield was covered in ice up to 2km (1.2 miles) thick. The sheer weight of this ice compressed the bedrock. As the climate turned warmer and the ice began to melt, the Great Lakes began to form and the weight of ice reduced. Freed of the weight, the bedrock began to rebound very slowly. Where the ice had been thickest – up near Hudson’s Bay – the rock rebounded most. This caused the ground to gradually tilt. The effect of this was that around 2000BC water stopped flowing east out of the Great Lakes and started flowing west. Around 800BC, as the ground continued to decompress and tilt, the ground between current-day Lake Nipissing and Georgian Bay emerged from being under water. Water flowed west out of Lake Nipissing towards Georgian Bay. This was the birth of the French River – less than 3000 years ago…

Images of this landscape are maybe less familiar than the breathtaking heights of the Canadian Rockies. Yet this landscape – and man’s need to traverse it – gave rise to the canoe as we know it. The canoe and this landscape are intimately connected. Travelling by open boat and camping on the smooth rock between forest and water makes perfect sense here.

Following the last ice age, it took the French River area from around 9000BC to 4000BC to develop the vegetation that can be seen today. The area is characterised by a mixed forest that marks a transitional area between deciduous forests further south and conifer-dominated boreal forest further north. Coniferous species present in the French River area are white pine, red pine, jack pine, white spruce, cedar and hemlock. Deciduous species include red maple, sugar maple, yellow birch, aspen, beech, red oak and basswood. 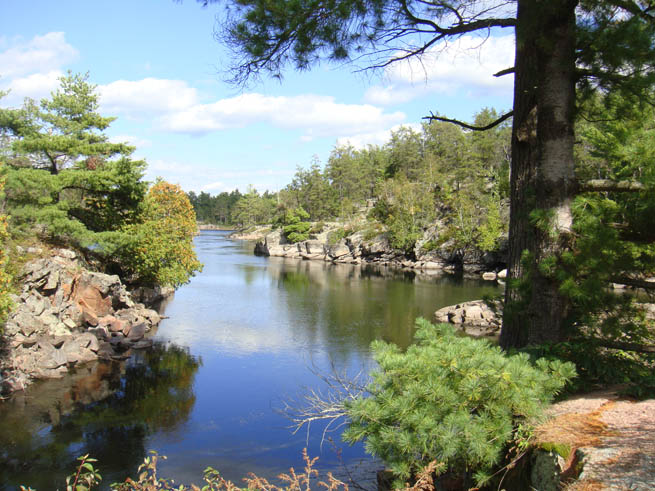 Find out more about our canoe trips on the French River…